After my last gripey post , I was surprised by the number of responses I received from authors on Twitter.

Sadly, those authors were not objecting to the practice I had been describing as both deceptive and wrong. They were objecting to the notion that author blurbs (those marketable little quotes from fellow authors you see on the covers and on the first few pages) were fake. Or less than genuine. Responses ranged from "I only blurb authors I think my readers will love," to "Just because authors are friends, it doesn't make the blurbs less genuine."

First, it still irks me that the majority of authors (on Twitter at least) seemed to have zero issues with the fake persona thing. But, moving, on...really? Maybe before the advent of social media, authors could get away with this stuff and readers would believe their endorsements. But now? Um, no. Sure, they may have really loved the book. The request for a blurb may have come from a publicity department and not their author friend. But the weight I'm going to give an author blurb is pretty much nil.

I think most readers who are part of the online romance community feel the same way. But it seems authors were a little outraged that readers felt like those blurbs weren't truthful. Sorry, authors, but...

Here's why:
Please don't think I'm picking on the authors in question (there's nothing wrong with doing what follows). It's more of an illustrated reason why I'm pretty skeptical about author to author blurbs...

Group blogs. For authors who have been blogging a long time, many of them are part of group blogs. Most of them are longtime friends, having met at their local chapter of RWA or at the Nationals conference. When your names are linked via very high profile blogs, it means that inter-group blurbs have zero credibility for me. Cases in point: 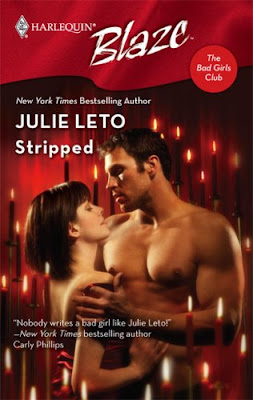 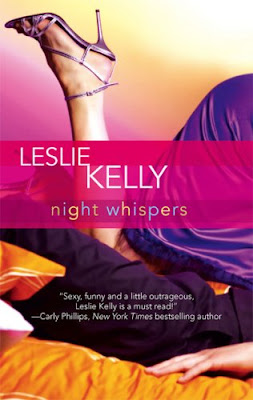 Both books are by authors who share the Plotmonkeys website. And both book covers (you can probably enlarge to see them a bit better) have front and center blurbs from fellow Plotmonkey, Carly Phillips.

Phillips is the most well known of the three authors.

The blurbs on the front read:

"Nobody writes a bad girl like Julie Leto."
and the Leslie Kelly book has this one: "Sexy, fun and a little outrageous. Leslie Kelly is a must-read."


Conventions. I've only attended two conventions (both RT) but a pattern quickly emerged for me: author-led panels generally featured authors who were friends.  So when I see a complimentary blurb by an author I KNOW has shared a panel (or panels) with the author of the book in question? Yeah, skeptical.

While I didn't find a cover blurb to illustrate my point on a quick foray through the internet, Google Books does show quite a bit of crossover blurbing between Ann Aguirre, Megan Hart, and Lauren Dane. Three women who have hosted RT panels/events together. Again, not exactly disinterested recommendations.


Social Media. We may not be able to see the interaction of writers' loops or RWA Chapter meetings, but we can darn sure tell when people have a strong connection via social media. Again, there is nothing wrong with that. It's fun to see how relationships develop, especially between writers with similar voices. BUT...please don't expect me to buy that you're writing a blurb for your friend's book and aren't influenced by your relationship.


To be clear, unlike my ranty pants post on the full-on fake persona, I think readers are savvy enough to realize those author blurbs are not disinterested recommendations. I think most of us have been made aware of the back-patting nature of the writing community. And I don't think there's anything wrong with giving your friend a recommendation. But please don't expect me to take your word for it or believe in the honesty of those endorsements.
Posted by Amber at 5:45 PM