There comes a time when staying in an online community just isn't worth it.

When eBay first started changing from a place that welcomed small businesses to a place that gave free rides to huge corporations at the expense of the small businesses who helped build the company, I stuck it out. I had built a business there over 7 long years. But rule after rule made making money, and having fun, more and more difficult. At a certain point, sometime back in 2011, I decided I had had enough. I quit.

Well, it's not going to take me 7 years to quit Goodreads. I'm done.

I joined Goodreads back in 2009 at almost the same time I began blogging. It was a fun place to hang out with other book lovers. Other readers. It had a nifty way to catalog my books as I read. To comment, to take notes, to make observations I could share. And then the drama came.

You can trace it back to when Goodreads started aggressively marketing itself to authors as a marketing tool. At the same time, self publishing was booming, with lots of new authors completely overwhelmed with all that comes of being your own marketing department. Friction was inevitable.


Instead of protecting the providers of free content (the reviewers and GR librarians), Goodreads decided to sanitize book pages and reviews by hiding anything objectionable. Last week, it went even further, by deleting shelves and reviews without notice and without properly posting the policy changes IN ADVANCE or anywhere on the main page.

Any company not willing to let its community know about changes of this magnitude does not need my participation and does not deserve my respect.

As a result, I've deleted my shelves, books, and reviews and have moved them in their entirety over to Booklikes.com.  I will not supply Goodreads with content. I will not patronize their site. I will not look at their ads, providing them with revenue. I will not recommend their site to others. In fact, I will advise anyone currently using the site to go elsewhere and those looking for a book site to stay far, far away from Goodreads. I'm keeping my account alive to keep my user name from being used by others, but otherwise...you won't find me there.

I often post about my itty bitty small town, and sometimes it really does sound like Mayberry. As anyone who has ever lived in a small town call tell you, it's not always a cake walk. People are nosy. Gossip is unavoidable and no one really has true privacy. But yesterday...yesterday was fun. 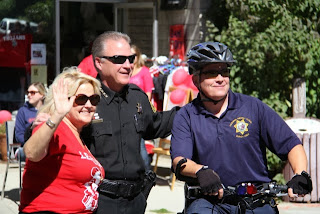 This is our high school principal, our sheriff, and our local CHP commander, posing for a picture in the middle of the parade. (As Oldest shared with me, that bicycle is tricked out with lights and sirens just like a patrol vehicle).  The CHP and Sheriff's Department were also in their cars at the beginning and end of the parade. Some of the younger officers on bikes pedaled past the elementary kids and gave them all high fives. 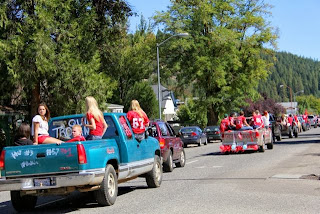 I loved the fact that kids were hanging dangerously out of the trucks in the parade. They were in the pickup beds, on top of the fire trucks, sitting on the window sills. Since we're so safety conscious now (with good reason!) these kids didn't grow up riding in pick up beds like my generation did. But they had a ball "breaking the rules" for this short time. 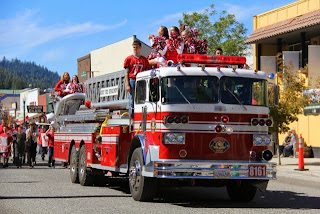 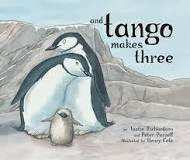 It's Banned Books Week, and I am celebrating MY freedom to read by reading Where the Wild Things Are to my kids tonight.

Books are challenged (and sometimes removed from circulation) all over the country every year. While not banned as other countries do, restricting access to ideas has a similar effect. Think your part of the country is immune to these challenges? It happens where you'd least expect.

I feel like an awful person because I don't like westerns. Sorry, Wendy :(  I just...don't. But since I've been MIA the last few months from the challenge, I decided I was going to stick with this month's theme even if it killed me. Which it came close to doing.

The only westerns I have are ones from the RT conventions. In 2012, they had several western events including a signing and a Western themed Samhain party. Knowing I had those books in my TBR pile somewhere, I went hunting. I managed to find a historical western. With some spice. I didn't think they existed anymore.

Okay, summer is over for most of us. How did you do on your Peabody reread?  *spoilers ahead*

I just finished reading He Shall Thunder in the Sky. That makes 12 of the 19 books I've managed to read. Admittedly, I stalled on some of the books that aren't my favorites. And I skipped River in the Sky, which I'll have to go back to.

Some random observations gleaned from the reread:

For all that Amelia is portrayed as not being maternal, we're given several examples of it throughout the series. But it's not until Ramses is grown that Amelia believes *herself* to be at all maternal. She's pretty hard on herself for not being a worrier, but once Ramses becomes involved in the war effort, she finds herself near tears often, and worrying herself sick.

I still really, REALLY hate the turns taken in The Falcon at the Portal. This is the book I threw against the wall when I first read it at its initial publication in 1999. I mean that literally. I still feel like Nefret's actions are more a device to continue the angst of the romance arc through to another book, rather than a natural reaction based on past actions. She's OLDER than Ramses. She's had medical training. She's smart, savvy, and while impulsive, she's NOT stupid. And her actions in that book are beyond stupid.

He Shall Thunder in the Sky is definitely one of my favorites. It's heartbreaking. It's complex, too, with all of the various POVs we're given through Amelia's journals, Manuscript H, and Nefret's letters to Lia. And Peters did an amazing job setting the stage with the wartime machinations without burying the reader in details. If you want to find out what war was like during World War I outside the trench warfare on the Continent, this is an excellent source. Even if it is fiction.

I also discovered that I am a sucker for the Sethos books. I didn't realize it until now, but all of the my favorite books are the ones that feature Sethos. Clearly, I like rogues.

I'm continuing the reread through the Fall, because I can't just drop the series midway through. Follow along with the #Peabody tag on Twitter, along with the occasional title of the book I'm reading. 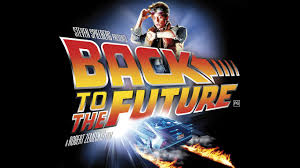 I recently purchased the original trilogy on Blu Ray, because I didn't own a copy. This seemed to be a huge oversight, given how much I love Michael J. Fox.  I hadn't seen this movie since VHS days, so there's a lot I had forgotten.

Things I didn't remember:
Crispin Glover and Huey Lewis are in this movie
Marty's mom is very, VERY forward.  Ew.
This was made in 1985. That's 28 years ago for those who hate math.

Also, there's a ton of jokes that didn't age well. They went completely over my kids' heads because they didn't get the cultural references. This makes me sad.

The kids didn't really enjoy this one, although they did like the 3rd installment. Go figure. 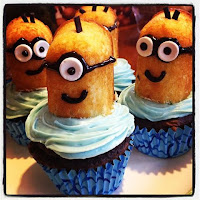 So...I've been promising to make  Despicable Me Minion cupcakes with the boys for the last month. School starts on Wednesday (yeah, don't ask) and it's rainy today. I finally made time for these little cuties.

I didn't come up with this design...there's a few versions floating around the internet. Most used chocolate sprinkles, which I was inexplicably out of, so I used licorice for the hair instead. The rest is Twinkies, Smarties, black gel icing, frosting, and cupcakes.

I did this the laziest way possible. The cupcakes are made with a mix, the frosting is from a can. The only technique I would pass on is to decorate the Twinkie halves *before* adding them to the cupcakes. Seems obvious, but it took me a cupcake to figure that out. Draw the circles for the eyes with gel, draw the goggle straps, then add the Smarties. Easy!

Looking for more recipes and ideas? Check out my recipes page.
Posted by Amber at 4:27 PM No comments: