A recent conversation about historical accuracy in romance fiction caused me to spend some time pondering my reading preferences and expectations.

Some background: I have a history degree. It's only a B.A. (4 years for non-US peeps) and I don't use it for anything remotely useful. But I do have a pretty decent *general* knowledge of most European and American history. I am--in short--a font of useless trivial knowledge and not much else. Some would probably think that having spent 4 years (okay, 4.5) studying history, I would demand absolute historical accuracy in my fiction. But I don't. In fact, most of the authors who spend a lot of time getting the details right are the ones on my do-not-read-under-any-circumstances list.

Part of the reason is likely due to the fact that footnotes make me cringe and absolutely throw me out of the narrative. I see a footnote, I'm trained to jump down to see the reference. Which leads me away from the story I'm trying to steep myself in.  Another reason is that no one, not even a scholar trained in the field, is infallible. And if I nitpick something, I'm going to find fault everywhere. 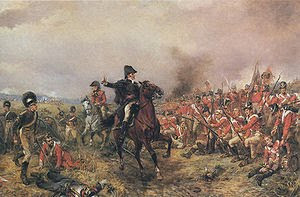 The biggest reason, though, is that these ever-so-accurate books are quite often the more serious books. The ones where dialogue is more formal and stilted. The themes are dramatic. The entire tone just a tad bit too depressing for me. History is rarely pretty and often tragic. And I've read enough serious, depressing non-fiction to avoid that type of thing in my escapist romance novels.

I've heard the lighter, comedic historical romances called "dumbed down." And, in a way, I guess they are. After all, most  are not historically accurate. They rely on conventions rather than research. They are not littered with formality or footnotes. They could very well be misinforming people about what the time period was really like--although I think most people should do the research themselves and not rely on romances to teach them their history lessons.
But another part of me insists these aren't necessarily 'dumbed down' so much as tailored towards readers like me who prefer a lighter story. Something with plenty of dialogue and a great deal of humor. And if it sacrifices historical accuracy to give me that, I'm okay with it. Do I encourage writers to do their research? Absolutely. Do I want them to bog down the story in order to prove it to me? No.  And, at least for me, there are very few authors who manage to keep the balance between telling and showing when they have their heads crammed full of detailed research they want to impart.

Finally, there are those who insist that writers who don't want to do research should write contemporaries. Well, there's a bit of a problem with that as well. Most contemporaries require research--often just as extensive and sometimes more diverse. I've read plenty of books where the author goofed on a detail so badly that they receive reader letters alerting them to it. And I've read contemporaries where it's clear the author spent quite a bit of time researching the details of a particular occupation or contemporary issue. And that ended up dragging down the story with a need to 'get it right.'

So, for me, I'm going to continue reading my fluffy historicals without guilt, nitpicking only when something is so glaringly wrong that it interferes with my enjoyment of the story, and leave the more seriously researched books to those who demand that accuracy. And I'm going to continue to think there's nothing inherently wrong with 'lazy' scholarship on the part of writers if the story is good enough to entertain me without alerting me to the fact that they've skimped on their homework.

What do you think? Is there a certain level of accuracy that historical writers should adhere to? Is writing an entertaining book enough? Is there a place for both the studiously researched novel and the frivolous one? Is one better than the other?
Posted by Amber at 8:13 AM