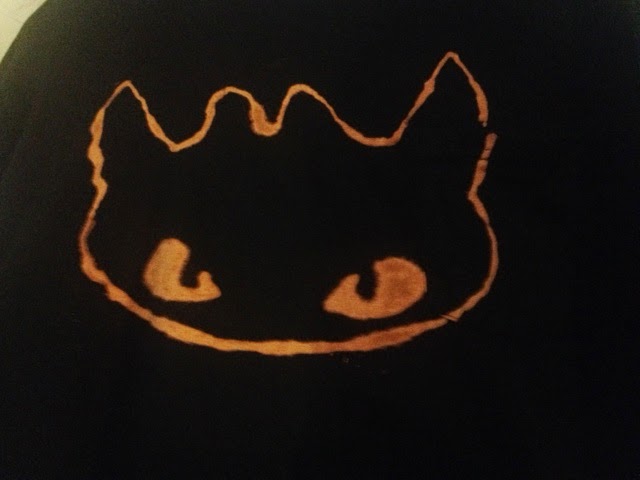 We're midway through summer already, and unfortunately stuck inside due to an unusually warm July. Like weeks of triple digits...in the Sierras. We normally get exactly 2 days of 100 degree temps in mid-August. We're not used to this :(

Enter: super crafting mom. I'm combating video-game-itis and couch-potato inclinations by making the boys craft with me. But I'm also lazy, so I tend to go with whatever craft looks like the most bang for the buck/time/mess. Pinterest came to the rescue yet again with pages upon pages of bleach pen ideas. Unfortunately, none of the feminine designs appealed to the boys, so we just made up our own. 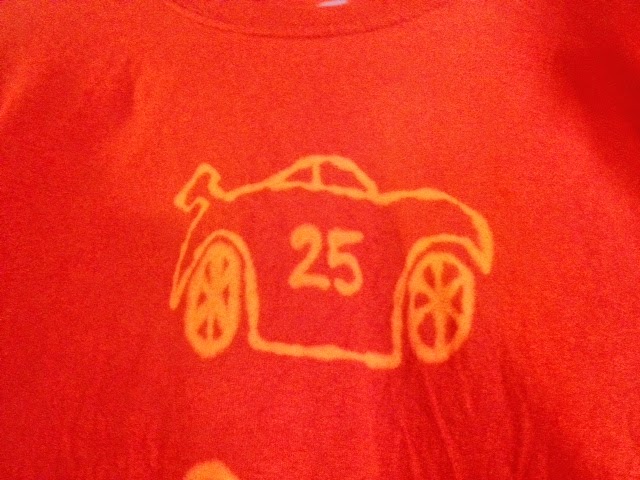 You can find instructions all over the internet, so I'm not going to repeat them here. (None of them seem to agree on anything just FYI). We let our designs set for about 12-15 minutes, which resulted in a visible design but did not completely bleach out to white. You could probably leave yours on longer, but I was hesitant to because bleach weakens the fabric. You're also supposed to neutralize the bleach, but no one seems to agree on how to do that either. I rinsed the shirts off with water, then dunked them in a hydrogen peroxide solution. Whatever you do, do NOT use vinegar as some blogs have suggested since that causes a chemical reaction and releases super toxic gases.

To get the Toothless design, we found a picture of just Toothless's head (online), printed it & cut it out, then drew with chalk around the edge. Then we went over the chalk with a Clorox bleach pen. The other three were all drawn on paper, then traced with washable markers onto the shirts. You could certainly draw straight onto the shirts, but my kids were self-conscious so I let them sketch on paper first. Line drawings or silhouettes work best. (My photos are terrible because I'm lazy. iPhone photos in horrible light LOL).