I am not a big musical fan. There. I said it. There are a few movies, though, that wormed their way past my dislike of the format to become favorites. Two of those are White Christmas (1954) (starring Bing Crosby and Danny Kaye) and Meet Me In St. Louis (1944) starring Judy Garland.

The ironic part is that the music is precisely the reason I love both of those. The tunes are so catchy, I'm left with a earworms for weeks afterwards. Especially of the lesser known songs.

I'm not really a Judy Garland fan. But I think I like Meet Me in St. Louis because she isn't cast as someone much younger than she really is (Her character is 17. She was 22 at the time). And Have Yourself a Merry Little Christmas is one of my favorite Christmas songs. Probably because it's a bit of a bittersweet song. The movie isn't a "holiday" movie, exactly, but it does have a few holiday scenes. 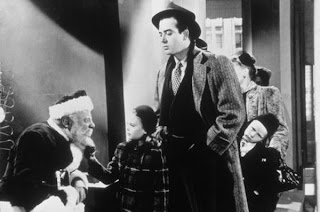 My other favorite holiday movie, not a musical, is Miracle on 34th Street (1947). Why? Because Maureen O'Hara is in it. I swear, I love just about every movie she was in. And the guy that plays the lawyer (John Payne)? He was sooo cute. There have been a few remakes of this, but none have come close to touching this version for both charm and heart.
Posted by Amber at 9:33 AM